Hi fellow writers. Once again nownovel has blogged helpful stuff to bring our novels alive – from the very beginning. 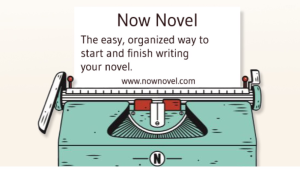 Great authors show us there are many ways to start a story. You could begin a novel with a narrator/character introducing himself, like Salinger’s Holden Caufield or Dickens’ David Copperfield. Or you could begin in the thick of action, as Ray Bradbury’s does in his classic novel, Fahrenheit 451.
Read 5 types of story beginnings and tips for making your own effective:

1: Introducing readers to a memorable narrator-protagonist
This is a popular way to start a story about a character coming of age or grappling with internal conflict. These novels typically use first person narration. From the first line, the reader gets to know a characterful narrator.

For example, Salinger’s Holden Caulfield in The Catcher in the Rye (1951) has a strong voice and clear, disaffected teen persona:

‘If you really want to hear about it, the first thing you’ll probably want to know is where I was born, and what my lousy childhood was like, and how my parents were occupied and all before they had me, and all that David Copperfield kind of crap, but I don’t feel like going into it, if you want to know the truth.’

This opening is effective because we get a strong sense of the character’s personality in his terse use of curse words, slang and adjectives (‘crap’, ‘lousy’). Being addressed directly by the narrator creates a sense of closeness and familiarity. This effect is similar to Charlotte Bronte’s ‘Reader, I married him’ in Jane Eyre.

Another strong example of this story opening type, the protagonist/narrator introduction, is Vladimir Nabokov’s Lolita (1955). Nabokov begins his novel with his depraved anti-hero, Humbert Humbert, musing on the name of Lolita, the young object of his obsession:

‘Lolita, light of my life, fire of my loins. My sin, my soul. Lo-lee-ta: the tip of the tongue taking a trip of three steps down the palate to tap, at three, on the teeth. Lo. Lee. Ta.’

Nabokov’s opening is strong because personality and character psychology are present from the first line. When you start a story with your main character introducing themselves, remember to:

Give them a distinctive voice: The grandiose language of Humbert Humbert fits the character, as do Salinger’s teen’s own cynical words.

Show what matters to your character/narrator from the start: Holden values authenticity (‘if you want to know the truth’). We get a visceral sense of Humbert’s creepy obsession with Lolita through his rapture at even saying her name.

2: Beginning a novel with crucial memories

Often novels open with narrators recalling memories that are core to the plot. This is especially common in novels where a single, unforgettable event casts its shadow over the rest of the book (e.g. the murder in a murder mystery).

Framing an event in your story through a character’s memory gives it weight. When you begin your novel with your main character remembering an earlier scene, it’s thus important to choose the right scene.

Choose a scene that shows a dilemma or choice, or a powerfully emotional experience that is bound to have consequences for your character. For example, Mark Haddon’s The Curious Incident of the Dog in the Night-time (2003) opens with the 15-year-old narrator Christopher finding his neighbour’s murdered dog:

‘It was 7 minutes after midnight. The dog was lying on the grass in the middle of the lawn in front of Mrs Shears’ house. Its eyes were closed. It looked as if it was running on its side, the way dogs run when they think they’re chasing a cat in a dream. But the dog was not running or asleep. The dog was dead. There was a garden fork sticking out of the dog.’

When you begin with your narrator recalling a key memory, remember to:

Choose a scene that immediately starts giving the reader keys to understand the rest of the book. Haddon’s narrator proceeds to hug the bleeding dog, for example, so that we start to realise that Christopher is unusual

Show the reader the memory: Haddon does not just say ‘Christopher found his neighbour’s dog, killed with a garden fork.’ We discover the dog through Christopher’s eyes, and this increases the scene’s impact

3: Starting a book with ambiguous action

A little bit of mystery or confusion at the start of your novel can help to reel readers in. At the same time, make sure your opening isn’t so mystifying that the reader bails in frustration. Even if the purpose or reasons for your ambiguous opening aren’t clear at first, the action itself must sustain readers’ interest until there is more clarity.

‘It was a pleasure to burn.

‘It was a special pleasure to see things eaten, to see things blackened and changed. With the brass nozzle in his fists, with this great python spitting its venemous kerosene upon the world, the blood pounded in his head, and his hands were the hands of some amazing conductor playing all the symphonies of blazing and burning to bring down the tatters and charcoal ruins of history.’

The first sentence is ambiguous – who, or what, is burning? The next slowly fills in context: We learn a character is using kerosene to burn something, to destroy ‘history’, but we still don’t know what exactly. We only learn by the end of the paragraph that the character Montag is burning books.

This way of beginning a story is effective because Bradbury prolongs a mixture of suspense and confusion, yet the character’s action itself is clear.

If you begin a book with ambiguous, teasing action:

Give the reader answers to at least one (or some) of the ‘5 w’s’. We might not immediately know who is doing the burning (or what they’re burning), but Bradbury gives us a strong why: Pleasure. The relish with which Montag burns the books is clear

By the end of the first paragraph, give the reader a little more clarity, as Bradbury does

4: Leading into your story with a purposeful prologue

‘Prologue’ literally means the ‘before word’. This separate introductory or prefatory section in a novel has several uses:

Showing a scene or event preceding the main narrative, whose consequences ripple through the following story

Donna Tartt uses the second type of prologue to excellent effect in her mystery novel The Secret History (1992). Her prologue tells us that a character is murdered, that the narrator is somehow complicit, and that he will narrate the events that led up to the murder in the coming narrative.

This teaser makes it clear that motive, rather than identity, is the main mystery behind the killing. Tartt’s prologue wastes no time in revealing key information that shapes our expectations for the main story:

‘The snow in the mountains was melting and Bunny had been dead for several weeks before we came to understand the gravity of our situation. He’d been dead for ten days before they found him, you know.’

By immediately framing the story around Bunny’s murder and its aftermath, Tartt’s prologue directs our attention to the ground the coming story will cover. Not the fact of Bunny’s death but the swirl of events that spin out from this crime. It marks out a path into reading and making sense of the story.

Do you want to include a prologue in your book? Ask:

Do the events in the first section of your book need telling before the main action. If yes, why? In Tartt’s case, giving away key events in the prologue is smart, structurally. Because the identity of the murder victim (and at least one person responsible) is revealed early, the main narrative of the story is free to focus on character motivations and consequences and not just crime-solving

Would your story flow better if you told earlier events via character flashbacks or a prologue? Try writing a scene as a prologue, then write the same scene as a flashback. Which fits the scene better?

5: Strong ways to start a story: Opening with the unexpected

Often the most memorable story openings surprise us and make us pause for a moment.

Take Bradbury’s beginning to Fahrenheit 451 above, ‘It was a pleasure to burn.’ It’s unexpected. This is partially because of its inner contradiction. We know that getting a burn from a hot plate is painful, and the idea of pleasure is thus surprising. The ambiguity of ‘it’ means we don’t know initially whether the narrator is describing an odd pleasure in burning himself or burning something else.

Examples from famous books reveal this has always been one of the popular ways to start a story. For example, Dodie Smith opens I Capture the Castle (1949):

‘I write this sitting in the kitchen sink.’

The narrator Cassandra’s choice of sitting place is unusual, intriguing us to read the next sentence. Whichever way you choose to begin your novel, getting the reader to read the second sentence is the first, crucial feat.

What ways authors begin novels do you enjoy the most? Start your own novel now: brainstorm story themes, settings and characters and get helpful feedback from the Now Novel community.
See you again soon, Glennis 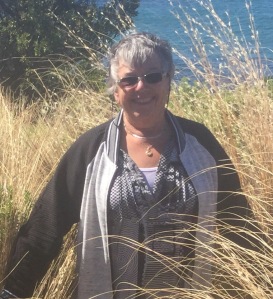